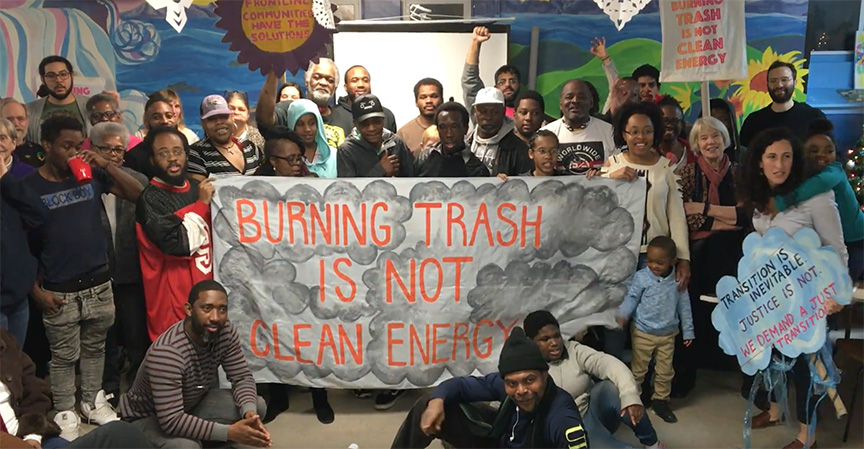 We the undersigned request that the Mayor and City Council take the following actions in response to the Federal Court ruling against the Baltimore Clean Air Act:

The BRESCO trash incinerator is Baltimore's worst air polluter causing 55 million dollars in health damages each year according to the Chesapeake Bay Foundation. In 2019, Baltimore City Council unanimously passed and proceeded to enact the Baltimore Clean Air Act to strengthen pollution limits on the BRESCO incinerator and the Curtis Bay medical waste incinerator. In response, BRESCO stated that they could not comply with the regulations and would be forced to close later deciding to sue Baltimore City.

Choosing to move away from trash incineration, Baltimore City Council collaborated with residents and organizations to initiate a Zero Waste Planning process to produce a plan capable of breaking Baltimore's reliance on BRESCO. On February 22, 2020, United Workers, joined by their contractor, Zero Waste Associates; the President, the Vice President, and other members of the Baltimore City Council; and by advocates from across the City, especially from those Southwest Baltimore neighborhoods most negatively affected by the pollution of incineration and those most active in demanding significant and timely detoxification of the air we breathe and the land we cherish presented Baltimore’s “Fair Development Plan for Zero Waste”. In March 2020, Baltimore City Council introduced a resolution to adopt "Baltimore's Fair Development Plan for Zero Waste" as a blueprint for creating a near term transition away from burning materials at the BRESCO incinerator.

As our city confronts the Coronavirus crisis that impacts those with respiratory problems the most - it is critical that we do everything we can to reduce toxic air pollution in Baltimore. The Federal Court ruling undermines Baltimore's authority to clean Baltimore's air and must be appealed.