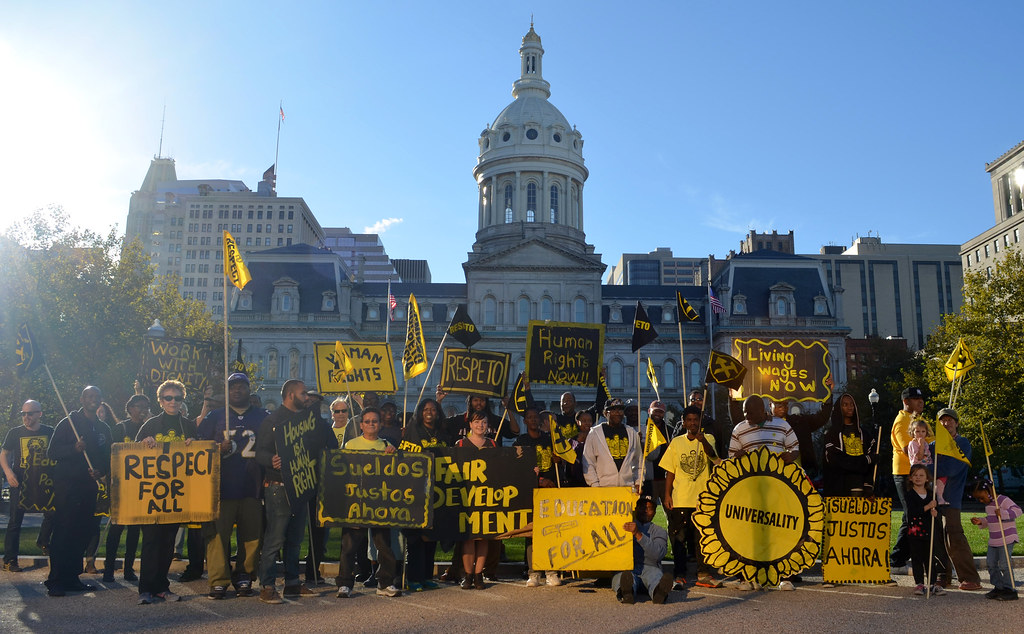 We the undersigned request that the Mayor, City Council, and Board of Estimates take the following actions to meet the emergency housing and food needs of our most vulnerable residents during this time of National and State emergency:

People experiencing homelessness are often in close proximity to other people in shelters and encampments, have less access to resources to maintain good hygiene, and have a higher rate of chronic illness that puts them at heightened risk of contracting, spreading, and having more severe symptoms of COVID-19. Our neighbors experiencing homelessness must have the same opportunities to limit their exposure and maintain stringent hygiene practices, both for the wellbeing of every member of our community and to prevent the spread of a much greater public health crisis.

Most shelters are crowded, closed-in settings with little air circulation.   High touch surfaces also are prominent. After exposure, symptoms of the virus can take anywhere from two to 14 days to become apparent.   Hotel rooms, however, are going empty and workers are losing wages. As the City owns the Hilton Hotel, this accommodation may be less costly than most.  Permanent rental options can be secured with city funds as well.

As you know, Baltimore City Code, Art. 1, Sec. 39-1 et. seq. requires existing and proposed city actions to meet equity tests relative to race, gender, sexual orientation and income.  The City’s latest point-in-time count report showed that 70% of those in emergency shelter are Black or African-American, and 3% of Hispanic/Latinx. If Asian, American Indian, Alaska Native and multiple race individuals are added, 77% of those sheltered in the City are racial minorities.  Seventy-two percent of those counted were men. All are destitute.

Preventing evictions that will likely result in homelessnes should also be a major priority for the City in this emergency.  While evictions and foreclosures are postponed at the moment, we anticipate an onslaught of eviction and foreclosure actions as soon as the Court of Appeals lifts the postponement.  Approximately 52% of Baltimore’s households are renters. Fifty three percent (53%) of city renters (58,716) pay more than one-third of their income in housing, which is considered unaffordable.  Low-income homeowners, like renters, are in a similar affordability crunch. Forty percent of city homeowners pay more than one-third of their income in housing. These households are already on the edge of foreclosure and subsequent eviction, and many will be pushed over the edge by this pandemic.

Increasing shelter occupation for families, children and vulnerable adults that will result from evictions will only exacerbate this public health crisis. Considering the statistics above, a failure to act is placing a greater burden on the African American and minority communities of this City to face this pandemic, and actually placing them in harm's way. It is common knowledge that Black mothers are most likely to  be evicted, even compared to whites in the same socio-economic status. A failure to prepare now to provide extensive eviction prevention assistance is a race equity issue.

Another source of immediate relief for renters and homeowners could be mandated rent and mortgage forgiveness in which the landlord or bank foregos rent or mortgage payments for a specified period of time.  Other jurisdictions are exploring this option to provide immediate relief to working class families, and Baltimore should do so as well.

The City should use its Budget Stabilization Fund (“Rainy Day Fund”), roughly $90 million,  and other available resources (including short-term borrowing) to meet many of these urgent needs.  We understand the Rainy Day Fund is designed to stabilize a budget that has been impacted by a shortfall in revenues and/or an unanticipated and uncorrectable emergency expense.  These are emergency expenses that will save lives and contribute to the overall economic recovery of the City -- including the City’s revenue -- and are warranted by this emergency.

Jerrianne Anthony, Dir. of Mayor’s Off. of Homeless Servs., jerrianne.anthony@baltimorecity.gov